My entire life I’ve been an inbounds skier, but always wanted to get into the backcountry.  Growing up I’ve watched all kinds of ski movies from Warren Miller to Teton Gravity Research to big screen documentaries like First Descent.  Backcountry is a term commonly used for anything “out-of-bounds” from the ski resort.  I’ve always been interested in doing it, but never had anyone to venture out with me and I just felt unprepared.  As they say on every tram ride up the mountain at Jackson Hole ski resort: “If you don’t know, just DON’T GO!”

While planning a trip to Colorado to film the next episode of The Highpointers on PBS, my friend Branndon and I were discussing the summit attempt on Mount Elbert (14,433ft), I thought to myself, “If I am going to climb a mountain, I want to ski down”.  To do this I thought I would need to carry my skis and boots strapped to my backpack.  This sounded daunting considering I am a novice climber compared to the guys that would be going with us. 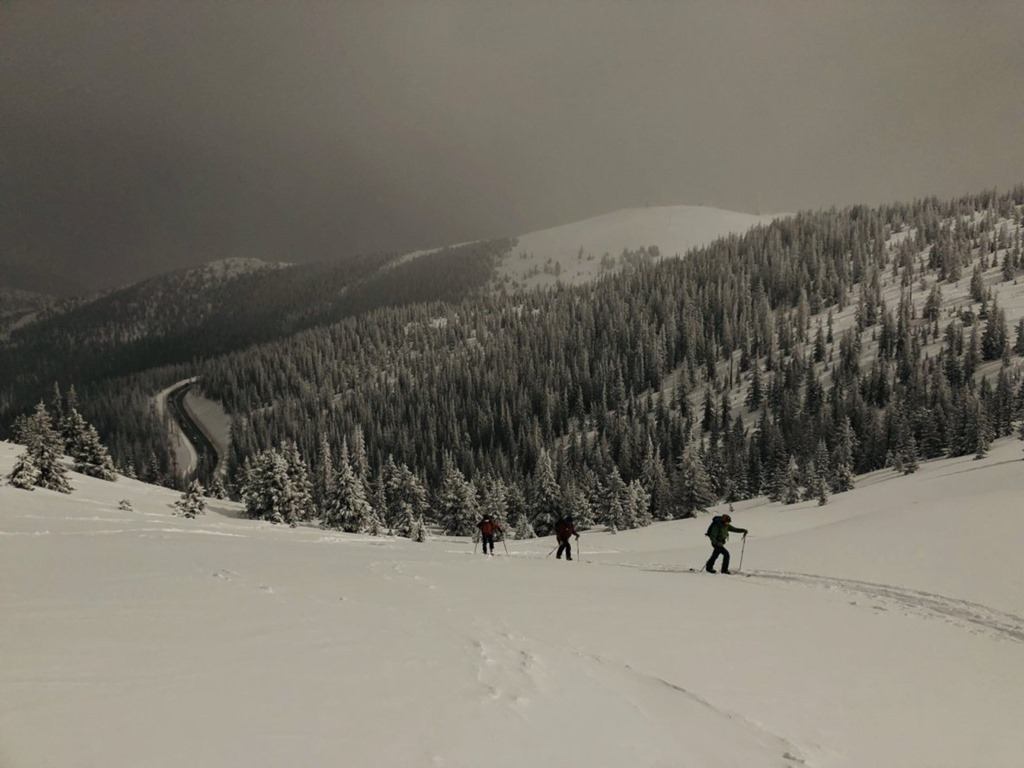 After seeing practically everyone in Jackson Hole wearing an avalanche backpack, it seemed like a really good idea to learn more about avalanche dangers.  Branndon and I signed up for an avalanche course (AIARE 1) with BV Mountain Adventures, in Buena Vista (Pronounced: Byoo-na). The avalanche course is actually covered in more detail in another blog post, but despite signing up and saying we wanted “backcountry” gear, we really had no idea what we were getting into.

What we found was a truly amazing experience!  Not only did we learn how to assess avalanche danger before going out, how to assess the snow compared to the pre-trip research, but we learned how to “skin up” and go backcountry skiing.  We rented Alpine Touring (AT) skis, which coincidentally were the same skis that I own (Salomon 181 QSTs), but with G3 Ion bindings. You put “skins” on the bottom of the skis, which allow you to climb up some pretty steep hills without slipping.  They are called skins because they used to be exactly that, animal skins.  Once you get to the top of the mountain, you peel the skins off, lock in your bindings and ski down the hill like normal downhill skis.

I’ll be honest, I always thought cross-country skiing was dumb.  If I am going to be in the mountains why would I not downhill.  As a good friend of mine put it, “If God intended for me to ski uphill, he wouldn’t have invented ski lifts.”  I used to think the same thing, but Alpine Touring allows you to really connect with nature and access some untouched fresh powder. We skied the Sawatch range, which includes the Collegiate Peaks, and I finished the week hiking up to 12,500ft on Mount Elbert and skiing down on some of the nicest, untouched powder I have every skied.

If you’re interested in learning to backcountry ski, contact Chris, Tommy and the rest of the crew at BV Mountain Adventures.  They have a slew backcountry skills courses and snowmobile ski tours to educate you and get you into the backcountry. They will get you up into some beautiful scenery, so you can shred down it.  Haha.

Here was my set up: 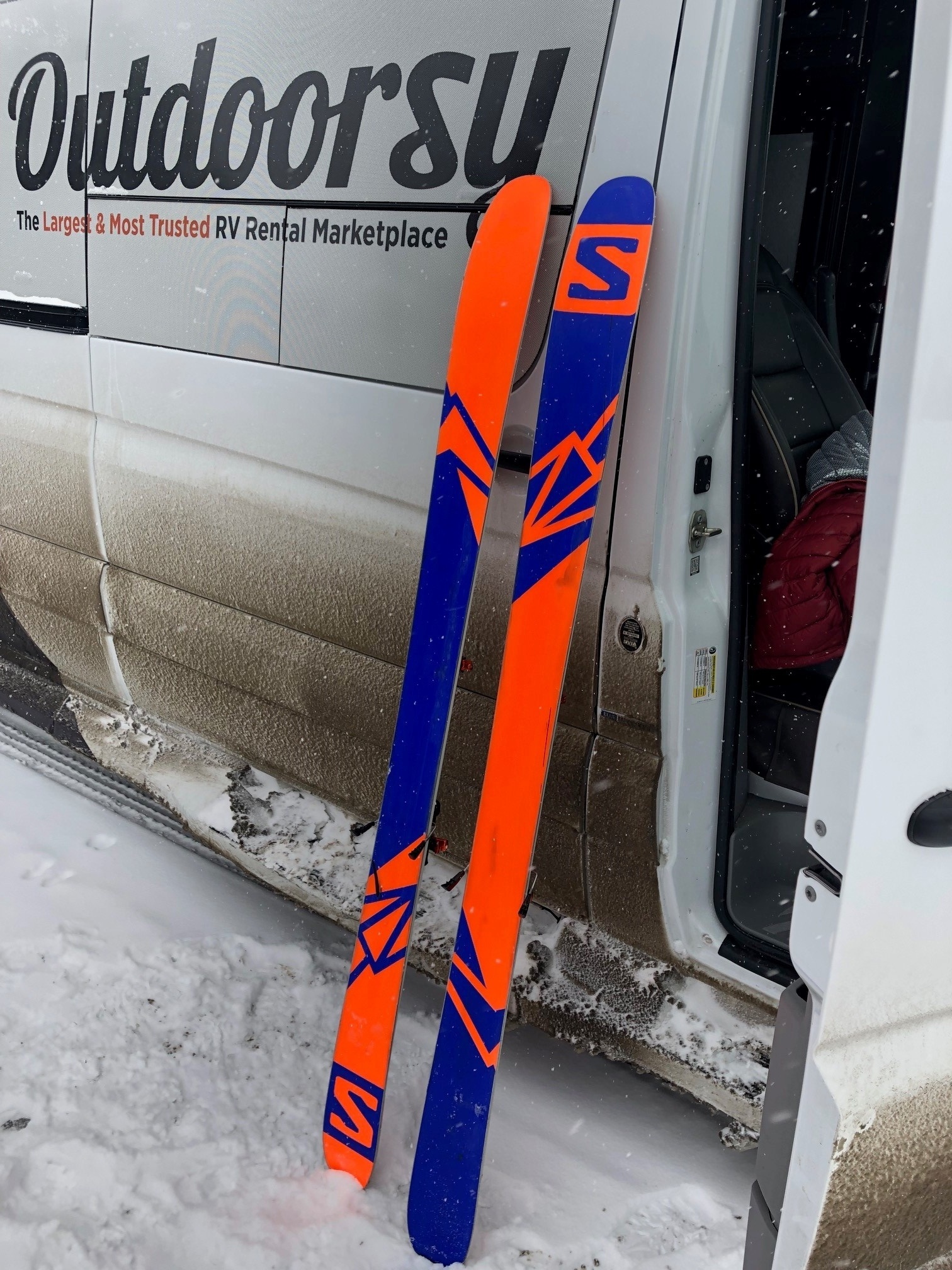 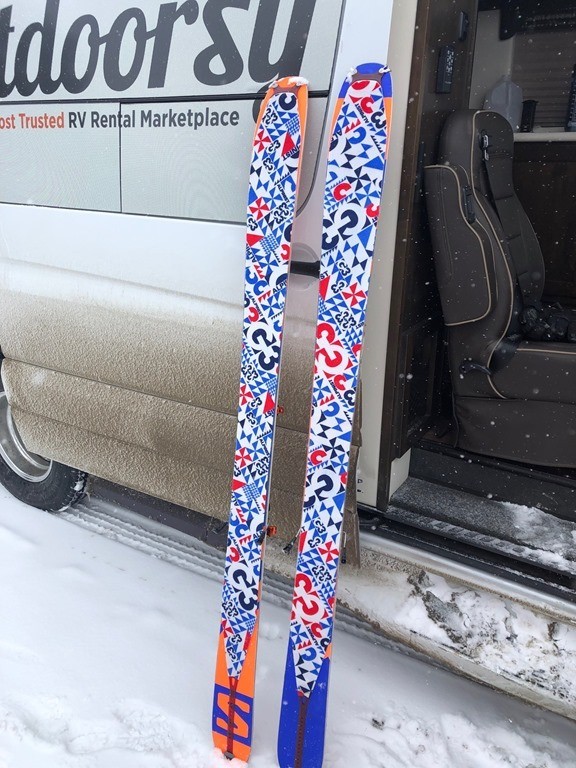 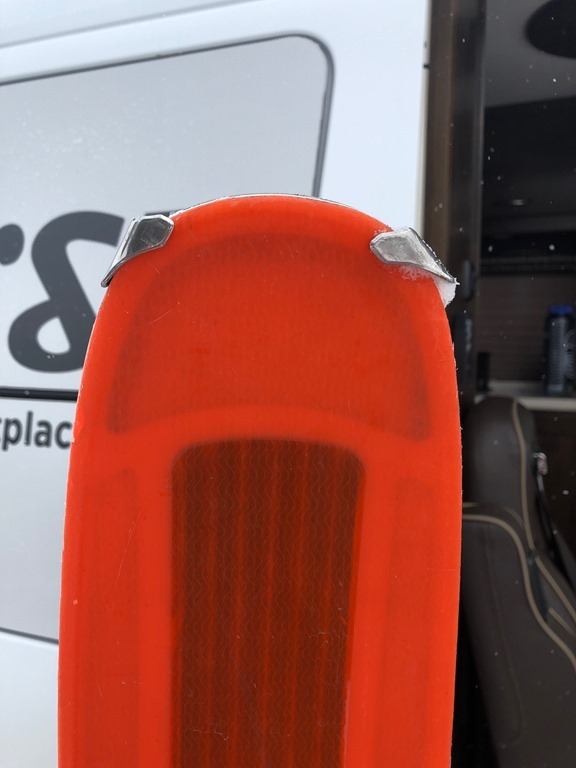 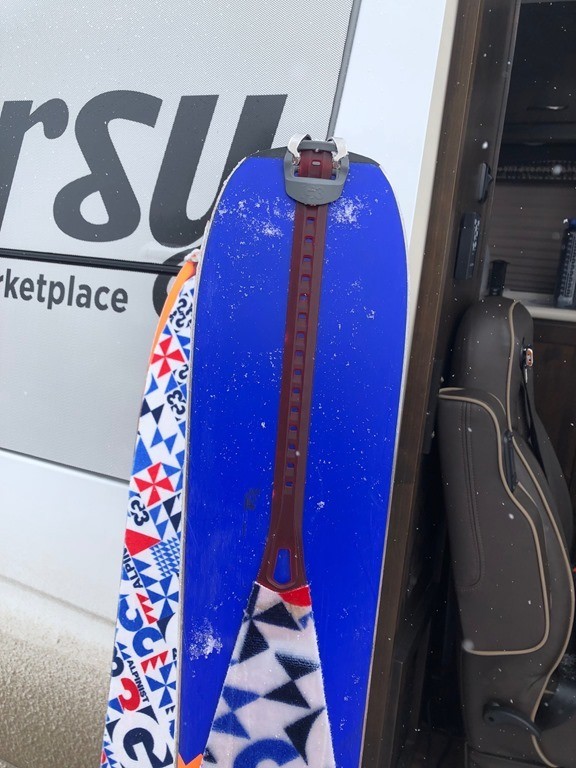 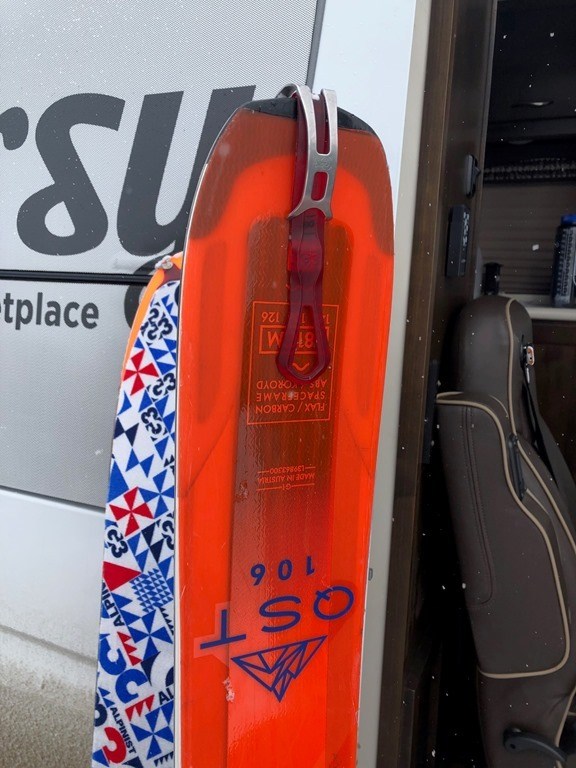 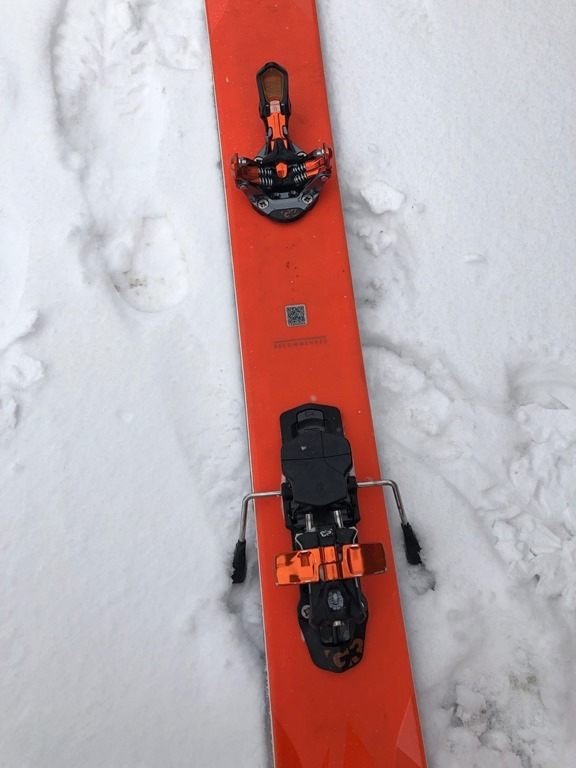 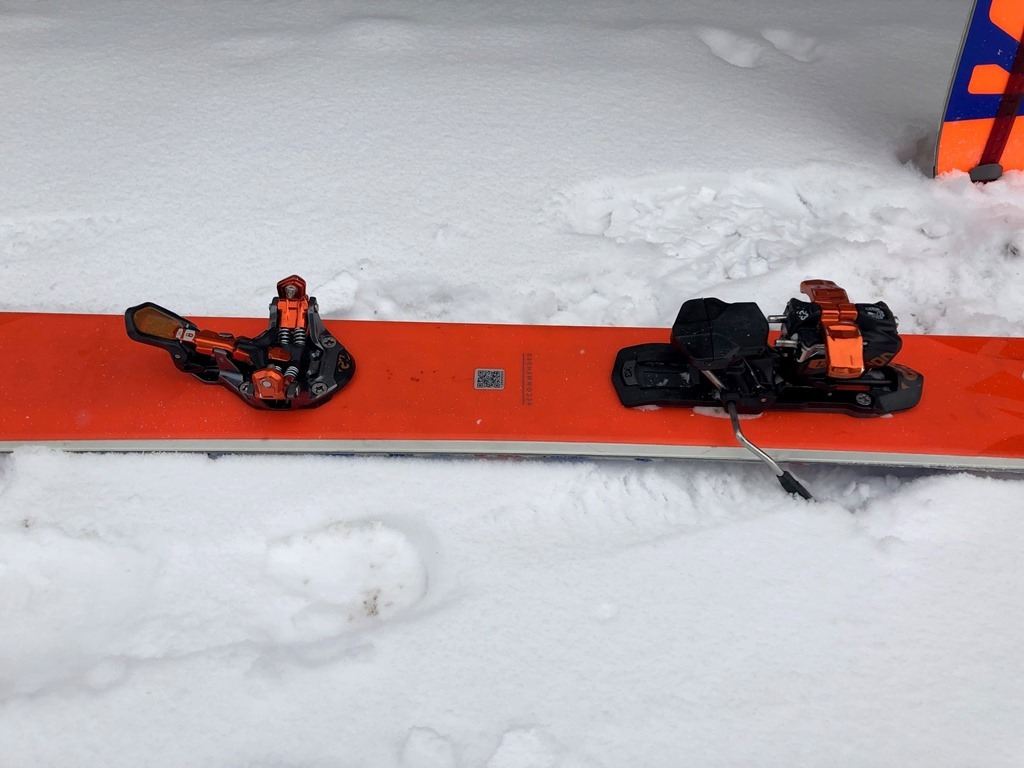 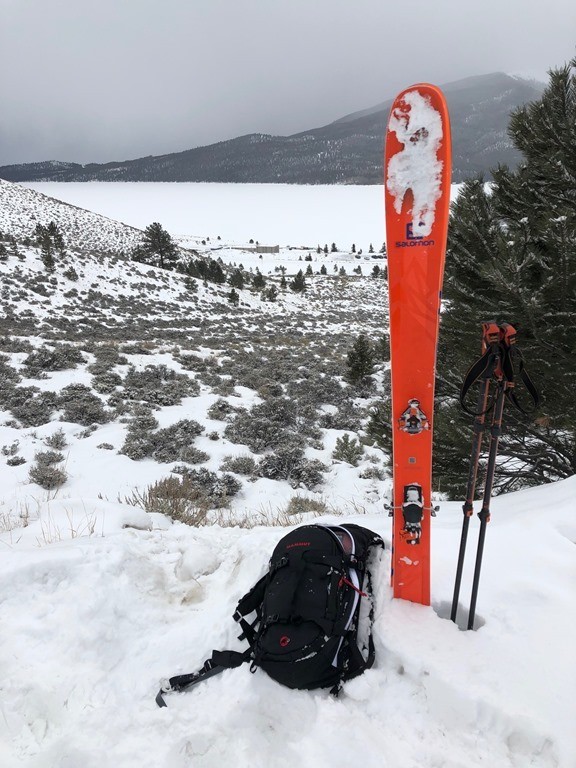 Special thanks to BV Mountain Adventures, Buena Vista Chamber of Commerce, The Highpointers, and especially Outdoorsy for providing the sweet RV for us.